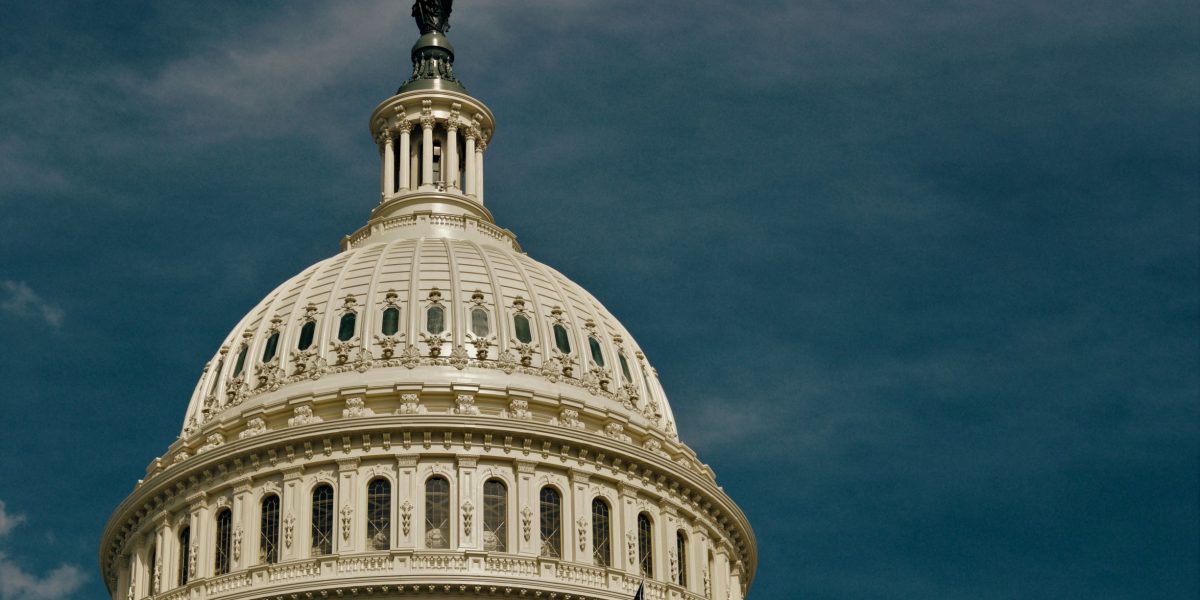 Posted at 18:37h in Lviv Security Forum by admin

Despite the active construction of Nord Stream 2 pipeline enabling Russia to transport gas to Europe bypassing Ukraine, the fate of this pipeline cannot be seen as decided. The USA may become a pain in the neck for the Russians. For Ukraine, it would come in … very handy.

How the Nord Stream 2 changes the map of the world is one of the main topics of the Lviv Security Forum 2018, which will take place on October 24-26 in Lviv. And we continue our series of materials on this issue.

How much can Ukraine suffer?

The project is pushed really hard by Moscow who does not even plan to hide that this project is, first of all, a geopolitical one. The economic gains are being calculated by the European partners of the Russian Gazprom that were promised huge profits from the Nord Stream 2.

We are talking about 1200 kilometres of a pipeline, with the ability to transfer 55 billion cubic meters per year. This pipeline is a next step of the Nord Stream 1 project, launched in 2011.

According to the plan, the construction of the Nord Stream 2 should have ended by late 2019. With both Nord Stream projects combined, Russia would be able to transport 110 billion cubic meters of gas yearly through the Baltic Sea to Western Europe.

In this situation, Ukraine may suffer the most – both politically and economically. It is being openly stated that in 3 years Russia may not need the Ukrainian gas transportation system for transferring gas to European clients. Currently, Russians have to use it to transfer most of the natural gas to Europe.

The situation looked almost completely lost for Ukraine. Kyiv would lose billions of dollars from the gas transportation system and with an empty pipeline, it could become very vulnerable to Moscow’s tricks.

However, the US has added some optimism when it reminded the world about its importance in most big issues in the world.

The USA is threatening with a sword. Sword of Damocles

During the next few weeks, the USA may announce sanctions against the European companies, which participate in the Nord Stream 2. The Wall Street Journal reported on it, citing their insider sources among the people surrounding current and former high US officials. It becomes apparent from the article that the question is not WHETHER sanctions will be introduced but WHICH EXACTLY economic instruments will be used.

The White House explains that the new pipeline aimed to transport Russian gas bypassing Ukraine will only further deepen the already significant dependence of Europe from the Russian gas and will increase Kremlin’s political influence on EU countries. The Wall Street Journal informed that it is still being decided in Washington whether to adopt sanctions only for pipeline companies or also include other companies, in particular the banks that are financing the Nord Stream 2.

The potential US sanctions against the participants of the Nord Stream 2 are already being named “the sword of Damocles”. The thing is, that back in August 2017 the CAATSA (Countering America’s Adversaries Through Sanctions Act) went into force.

According to this document, American sanctions may be applied to all companies having business with the opponents of the US, Russia included. And a separate 232nd  section of this act concerns the pipelines. Since then «the sword» of American still not concretized sanctions hangs over the European companies involved in Nord Stream 2 project.

The Secretary of State Assistant on energy and resources Francis Fannon explained the essence of the future sanctions package: «Our position is to preserve the transit of Russian gas through the territory of Ukraine. In such a case, Ukraine will remain an important transit partner for the European countries”.

In Germany, the announced sanctions have already caused fear

The European companies that may suffer from American sanctions are known. These are the British-Dutch Royal Dutch Shell PLC, the Austrian OMV AG, the French Engie SA, as well as the German Uniper SE and Wintershall AG (the last is also called a subsidiary of BASF). Together with the Russian Gazprom they are the co-investors of the Nord Stream 2, and are obliged to finance its construction in the amount of 4,75 billion Euro total. In 2017, these companies already invested 1,6 billion Euro.

The remaining amount of the construction costs – another 4,75 billion Euro – shall be provided by the Russian Gazprom. The construction of the Nord Stream 2 is planned to be finished until the end of 2019. This project already received approximately 4 billion Euro of financing.

The first to react to the news on sanctions against the Nord Stream 2 participants (and their harshness) was Germany. The German partner of Gazprom – Uniper AG holding – may refuse to participate in Nord Stream 2 in case the White House will follow through with the sanctions against the participants of the new pipeline from Russia to Europe. Christopher Delbrueck Deputy CEO of Uniper AG on finances made the following statement:

We as a company cannot risk being under the American sanctions. In such a case, we would be excluded from the international payment system and we would not be able to trade in US dollars. We cannot allow something like this in principle

The slightly nervous reaction of the official Berlin is also noticeable. During his speech before the heads of German diplomatic missions abroad, the  German Minister of Foreign Affairs Heiko Maas stated: “We will not participate in the discussion about preventing the construction of the Nord Stream 2. Instead, we support the European Commission, which is currently trying to reach an agreement between Russia and Ukraine about the long-term prolongation of the natural gas transit through the territory of Ukraine”. Mr Maas told that “the exterritorial sanctions of the USA against Russia and its new gas pipeline project are threatening the trade with the EU”.

According to his words, Germany and Europe depend on cheap prices for energy carriers in order to stay competitive at the international level. So, “if the USA wants to sell more liquefied gas to Europe it would only be welcomed as a long-awaited contribution to the energy supplies and diversification, however, the decision about the purchases shall be based on price and not be influenced by sanctions”.

In other words, the head of the foreign affairs of Germany accused Washington in an attempt to prevent the functioning of the pipeline, through which Germany could receive Russian gas that would be cheaper than the American gas transported through an ocean.

Profits or losses in relations with the USA. What will convince the Europeans?

Indeed, the gas from Gazprom is significantly cheaper than the American liquefied gas transported with ships through the Atlantic. In 2017, the price of Russian natural gas in the EU did not exceed USD 170 for a thousand cubic meters. Whereas the American liquified gas was worth USD 245 for a thousand cubic meters according to the estimations of James Henderson, the analyst of the Oxford institute of energy studies.

For example, Germany buys 50 billion cubic meters of Russian gas yearly and last year it paid USD 8,35  billion for such amounts. And in case of American gas of the same amounts, the total price would be USD 12,25 billion.

So, the arguments of the Minister of the Foreign Affairs of Germany Heiko Maas were perfectly supporting the “Moscow’s propaganda song” about the “exceptional economic profitability” (both for Russia and Europe) from the usage of the Nord Stream pipelines. In Russia, the not yet approved sanctions are called “American blackmail” in order to prevent the increase in the amount of Russian gas sold to Europe.

Therefore the Europeans are facing a difficult choice. On one hand, the Russian gas is indeed less expensive than the American gas. On the other hand, the trade turnover between Europe and the USA amount to approximately USD 800 billion per year. And the total sum of the trade with Russia is barely over 280 billion. Obviously, the EU has more partners across the ocean than in Russia, thus it is not profitable for the Europeans to go against Washington.

And for Russia, the refusal from the full potential functioning of the Nord Stream 2 would be an incredibly unpleasant scenario. For Kremlin, the execution of this project is a principled matter. Only if the 2nd Nord Stream is completed Gazprom would be able to get rid of the transit through the territory of Ukraine and would have even more possibilities to influence Kyiv. Also, the profits from exporting gas to Europe has big importance not only for Gazprom but for all Russia as the Russian budget heavily depends on the export of raw materials.

To wait but not remain inactive

One more thing. Let’s not discard the option that Washington is simply delaying time. The construction of the Nord Stream 2 should have ended by the beginning of 2020. That is when the Ukrainian-Russian agreement for gas transit is expiring. If Gazprom will not be able to build a new pipeline through the Baltic in time, it would be forced to sign a new agreement with Kyiv in order to keep the export amounts to Europe stable. Otherwise, the EU will have grounds to impose significant fines on Moscow for the lack of gas supplies.

The Russians cheerfully assure that they are ready for the possible introduction of American sanctions against the European participants of the Nord Stream 2 project. Kremlin boasts about how they would be able to finish the new pipeline to Europe just with Russian money. They are talking about budget money, which Gazprom would ask for to finish the pipeline. And the Russian government would definitely agree to it. Since the geopolitical meaning of the Nord Stream 2 is far more important to Putin’s Russia than any economic reasoning.

In any case, it is obvious that Ukraine still has chances to remain a player at the European gas transporting market. It is understood that the public statements of the officials and representatives of the companies involved in Nord Stream 2 do not give the full picture. Of course, various off-the-record negotiations and even bargains aimed at receiving the biggest political and economic gains are still taking place. And the official Kyiv should not stay behind. We should not hope that someone else will protect our interests in this situation (the perspectives to actively use the most powerful gas transporting system in Europe), since we (Ukraine) may again end as an “exchange coin” in somebody else’s big geopolitical game and be left with nothing, id est, with the gas transporting system that nobody wants, but which is very important for Russia now.