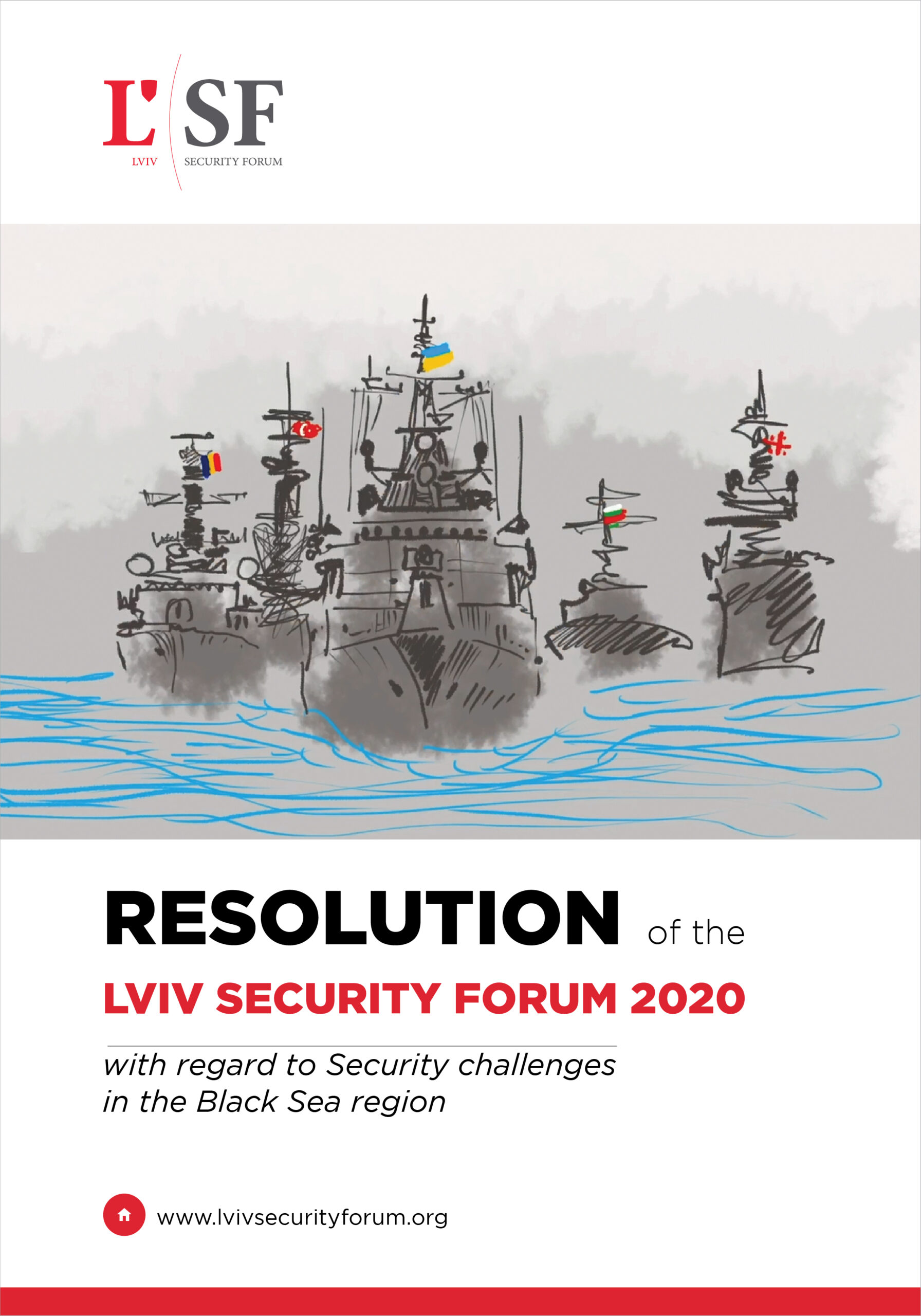 Posted at 10:32h in Uncategorized by Marta Suprun

Experts of this year’s Lviv Security Forum (held on November 9-14, 2020) called on the leaders of NATO, the United States, the European Union and the Black Sea countries to join forces and develop a clear strategy to counter Russian aggression in the Black Sea.

Full text of Resolution in English

Full text of Resolution in Ukrainian

Experts stressed the growing importance of the Black Sea for transatlantic security and acknowledged Russia’s aggressive foreign policy as a key threat to the region’s security and prosperity.

The document also refers to Russia’s threatening increase in military forces in the region, including an increase in the military presence in the South Caucasus due to the Nagorno-Karabakh conflict, and the transformation of the Black Sea into a launch pad for Russian military operations in the Middle East.

Experts are concerned about the lack of a clear NATO strategy in the region, which creates a vacuum that is easily filled by Russia, and stress that the West should take a holistic approach to its own south-eastern flank, which includes the Baltic, Black and Mediterranean Seas.

Among the concrete steps to improve security in the Black Sea region, experts suggest, in particular, banning the entry of ships from the occupied Crimea to all European ports and ensuring a permanent presence of German and American ships in the Black Sea, also in the Ukrainian ports. It is also necessary to locate a training base in the region for regular joint military exercises of NATO and Black Sea countries. Experts also consider efforts to counter hybrid threats important, including reviewing ownership of critical infrastructure along the coast and reducing Russia’s political influence in the region.

To strengthen NATO’s position in the region, the signatories demanded that Ukraine and Georgia be provided with a realistic NATO Membership Action Plan as soon as possible, in accordance with the 2008 Bucharest Summit.

The Lviv Security Forum was held with support of the Black Sea Trust of the German Marshall Fund, the NATO Public Diplomacy Division and the Hanns Seidel Foundation.