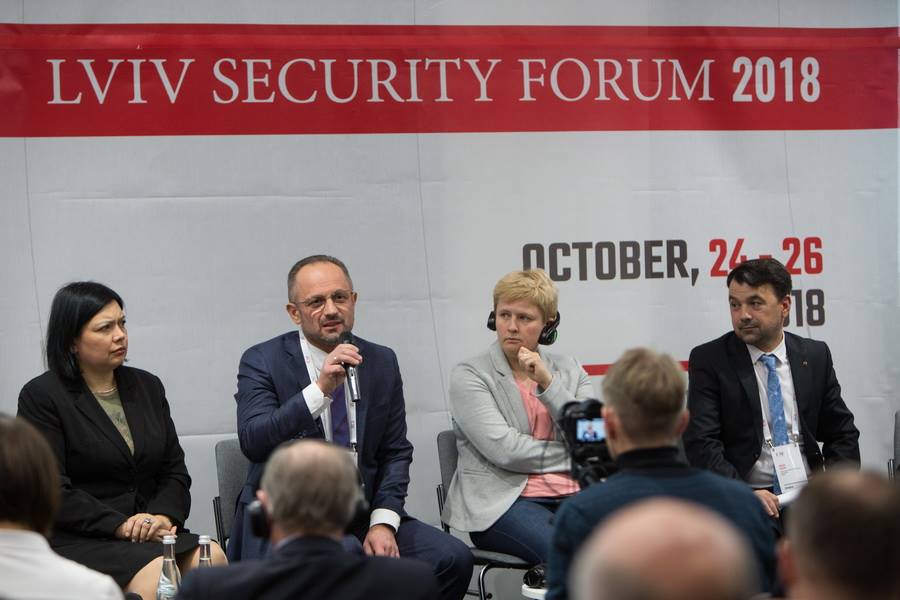 Posted at 18:24h in Lviv Security Forum by admin

With regards to the experience in the post-Soviet area, Moldova and Georgia, one must learn from the mistakes of others. These are the two different examples of how things should not be done.

As soon as Georgia adopted the relevant laws, decisions and began to implement a program of approximation of these territories, Russia has taken very hard steps of cutting off these territories from Georgia. Even visually it is clear. They began to build borders. On the borders of Abkhazia and Ossetia, there are no border guards. There are FSB troops, which are also Russian border guards. Their presence there is official. They did this when Georgia was allegedly trying to reintegrate peacefully. They received a reverse effect.

In Ukraine, civil society and politicians simply did not let it happen. That’s why it did not happen. But now Russian propagandists began to write: “Why do not Ukrainians behave like Georgians?”

If we resigned in 2014 after Ilovajsk or in 2015, after Debaltsevo, this plan would be implemented. But for some reason, we began to resist, and this did not happen. And, I think, now the chances of realization of this scenario are lower than in 2014-2015 years”.

During 27 years of Russian aggression in Transnistria Moldova has not recognized this fact. Only in 2017 Constitutional court recognized Russian troops in Transnistria. However, the government did not adopt any acts as a reaction to this decision.

We have to recognize that Russian aggression has two components in Moldova – external and internal. The internal component consists of our domestic actors supporting the separatist regime in Transnistria.

In 2017 a number of NGOs in Moldova presented an analysis about occupation troops in Moldova with direct reference to international law and decisions of UN Court of Justice. However, our national authorities still do not recognize occupation.

Moreover, our government implements the so-called “strategy of small steps”, provides for re-integration people instead of re-integration of the territory. The strategy of small steps is just providing occupied territories with sovereignty which is a great trap for Moldova. Our Moldovan experience of occupied territories makes me say it out loud to my Ukrainian friends: “Do not repeat our mistakes!”

In the current situation, things are very well manifested, which can become the basis for “the action”. This applies not only to the Donbas, but to almost all the points of tension that we are talking about today.

If I were asked what I would do, then I would do two things these days – I would suggest Kurt Volker head the Ukrainian delegation in Minsk and do everything possible to make the owner of the Ukrainian GTS either “Halliburton” or somebody else.