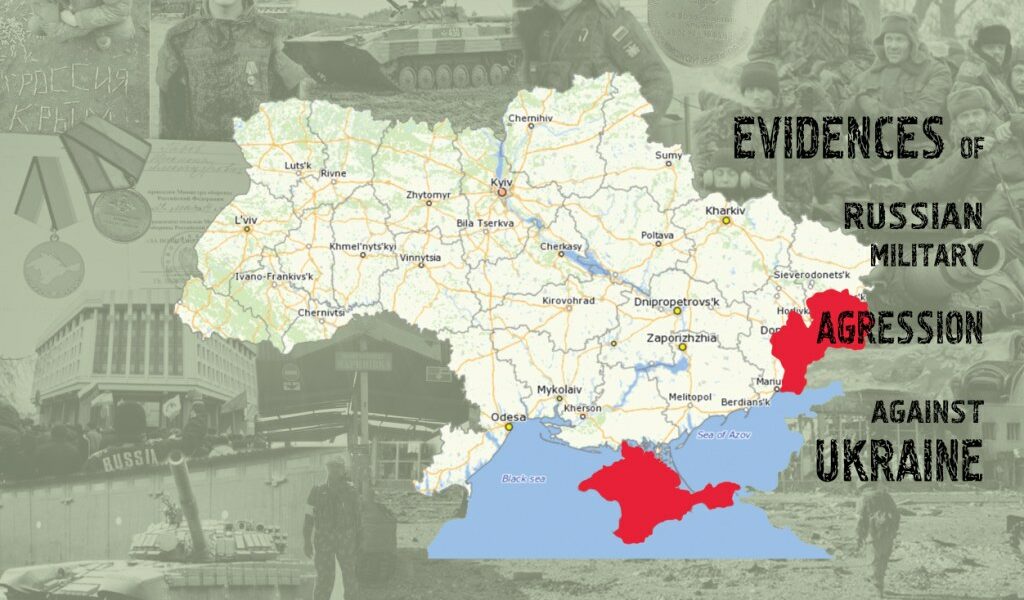 Posted at 18:43h in Lviv Security Forum by admin

We live in the world, where the power of weapon changes the borders, kills people, destroys houses and undermines human dignity. This is not the first time in history when humanity must survive through death and birth of geopolitical constructions, which, unfortunately, costs human lives.  And here, in Ukraine, one of the most important geopolitical battles is taking place.

Russia started the war against Ukraine in 2014.  In fact, this is not a new war – it is the war that Russia is leading against Ukraine for over 300 years. This war, started by Russian tsars, had a pragmatic geopolitical goal to maintain Russian control over the Baltic and the Black Sea as well as Ukrainian territory, Ukrainian resources and Ukrainian land. The name of the Russian state has been changed many times since then, but the objectives of Kremlin have never been changed.

The weapon of today is not only tanks or missiles, but also information, which can shape the perception of this world, and, thus, affect reality no less strongly. Throughout the expansion of its political influence on the international area, Russia has been exploiting this weapon extensively and successfully, trading–off concepts, rewriting history and devaluation of ideas.

Just like there was no Russian invasion of the Cossack state, but a reunion of brother nations at Pereyaslav, just like the official Soviet propaganda claimed there was no Holodomor in Ukraine but so-called ‘successful industrialization’ and ‘striking five-years plans’,  there is currently no ‘Russian war in Ukraine’, no ‘Russian intrusion’, no millions of ‘refugees’ but there are ‘An Anti Terrorist Operation’ (‘Operation of Joint Forces’, whatsoever), ‘separatists in the East of Ukraine’ and millions of ‘Internally displaces people’. And we are again and again being trapped – not only Ukraine but the international community as well.

When Russia invaded and annexed Crimea on February 20 2014, the reaction of Ukraine and the international community, despite the fear of another big war in the European continent and rather cautious wording, was more or less honest. Foreign officials and international organizations, in particular the Baltic States, directly call the actions of Russia ‘military aggression and a threat to security order in Europe’. However, the word war is being omitted. Russia, in its turn, allegedly acted ‘to save the lives of the Russian citizens and the Russian speaking population’ (which is, by the way, another term artificially created by Russia to substitute notions of the nation) and used ‘green men’ without insignia to instigate the unrest. The Ukrainian media of this first period of Russian war against Ukraine extensively called things its names, saying that ‘Russian occupants opened fire in Crimea’, ‘Ukrainian army is being prepared for counterattack’ and that this was the start of the WWIII.

In order to stop Russia from bugging Ukraine international economic sanctions against Russia were introduced, but it didn’t stop Russia from further aggression, playing out the Crimean scenario in the east of Ukraine.

When in April 2014 the pseudo republics were proclaimed in the part of Donetsk and Luhansk regions, Ukraine and the international community got paralyzed by fear of reality. ATO (the Anti Terrorist Operation) has become a usual substitute of the word ‘war’, which was erased from the international discourse. Instead, ’ the conflict in Ukraine’ and the efforts for ‘de-escalation of the situation’ were discussed in Geneva format on April, 17, involving US, EU, Russia and Ukraine, where Russia turned from the aggressor and the side of the conflict into facilitator and reconciliator. The focus was shifted and the international community started to think about what to do with Ukraine, instead of doing something with Russia. Ukraine was obliged to launch the constitutional reform and introduce amnesty to terrorists in Donbas.

Expectedly, it didn’t work out to end the war, but it was the point of no return and further on Ukraine and the international community are getting more and more ensnared in the web of Russian weaponized wordings.

Russia continued to supply created by itself in Donbas paramilitary groups with weapons, military equipment and provision through pseudo humanitarian convoys, as well as sent thousands of GRU agents, reconnaissance and sabotage groups, as well as regular military personnel to lead the war in Ukraine. Russian propaganda extensively claim that “they are not there”

When Ukrainian ‘volunteer battalions’ took over the defence of Ukraine’s sovereignty in June 2014 from the Ukrainian Army, totally destroyed in the previous years, and pushed the collaborator’s groups almost to the Russian-Ukrainian border, Russia started the direct invasion of its Armed Forces into the territory of Ukraine, introducing whole military divisions and shelling Ukrainian territory from heavy military equipment. At the same time, the international community yelled and screamed demanding the stop of violence on the side of Ukraine. Thus, the President of Ukraine claims the unilaterally seize fire and suggests ‘the peaceful plan of conflict resolution’. The contact group in Minsk, were representatives of the so-called People of Donbas were involved, and the meetings in the Normandy format were launched, where Russia again was in a position of a facilitator which could ‘exercise its influence over the separatists in the East of Ukraine’ and deescalate the situation.

The announced seize fire didn’t stop the war but instead resulted in loosing of regained territory and further losses among the Ukrainian Army and the civilians. In July 2014, the first facts of the illegal crossing of the border by Russian anti-missile systems in sector D near Zelenopillya were officially recognized in the report of the temporary investigative commission of the Verkhovna Rada of Ukraine. Russia continued to escalate the situation at the turning points of so-called peaceful negotiations for persuing its geopolitical goal to gain control over Ukraine as a whole and to turn it into a buffer zone, necessary for further westward expansion. In fact, it is Illovaisk cauldron and Debaltseve where Russian regular divisions executed Ukrainian soldiers and the lukewarm reaction of the then Ukrainian authorities made Minsk-1 and Minsk -2 demands of Ukraine’s special status as well as amnesty for terrorists possible.

For over 6 years, attempts to finish the Russian war in Ukraine through changing Ukraine’s constitutional order expectedly failed, with daily casualties at the frontline and continuous support from Russian Federation through the supply of weapons and ammunition. Russia continues to use war – the conventional real one and another no less real informational – for pressing Ukraine for political capitulation, now and then devising new formulas, institutions and meanings to legalize the so-called internal conflict in Ukraine and to come back to business as usual with the rest of the world. And the recent news on the introduction of the Consultative Council with representatives of occupied territories in the Minsk contact group is a vivid example of this.

Since the start of the Russian war in Ukraine, and especially with the outbreak of pandemia and global financial crisis starting in 2020, Russia put considerable effort to break the unity of the west and to lift the economic sanctions imposed on it since 2014. There is a great temptation for the west to do so under current conditions and to follow the Russian narrative. However, the aggressor shall be punished, otherwise, the fragile international security order will fall down and we will face even greater threats and challenges.

This report aims at calling Russian war in Ukraine its true names and providing Ukrainian and international community with needed vaccine from Russian disinformation and manipulation. The indisputable evidence presented in this report shall assist in bringing justice and devising a sound international policy to deter Russia from further aggression.