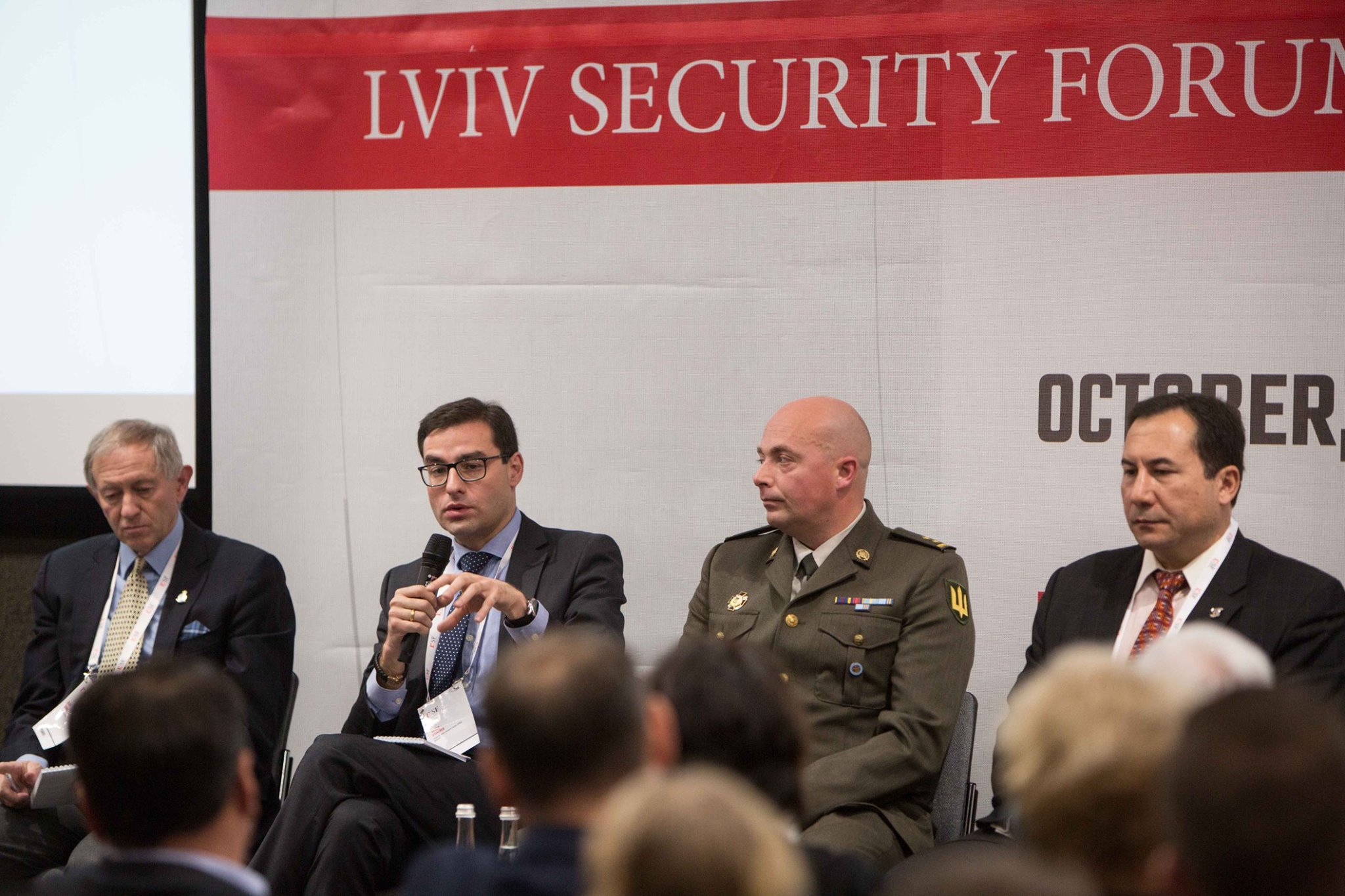 Posted at 18:13h in Lviv Security Forum by admin

Talking about armed forces we have to accept where we are. Compared to 2014 the frontline is really good – most boys are still alive. We are still losing too many lives, but despite attacks boys are alive and we are also recapturing land. But my thought is that since that time the big system has not changed.

And there are three points:

We should concentrate on what we have and spend our energy on improving it. Spending money generally on reforms doesn’t work. We have to ask people on the ground what they need. We have to make sure that each brigade is being supported and this support is getting better. The principle must be “Every day better!”

3. Decentralization of budget. You cannot manage if you cannot spend money. The officer has to have money to make his job properly. If you don’t trust these people with money, then what are they doing on the frontline defending your country?

Another issue is how to get people into the army. We can have a long debate on whether conscription system works. But people without equipment are not an army. You cannot make someone fight without providing them with all equipment.

And finally. If you have leadership in the army – people will come.

Situations of Georgia and Ukraine are similar in many ways:

1) the wars going on in Ukraine and Georgia are the same war for Russia – the war for influence in the region;

2) war in 2008 was only a small episode of a hybrid war going on since the independence of Georgia.

A comprehensive approach towards security is a must as hybrid warfare is the new normal and it will not go away. We need to make ourselves resilient to this constant fight.

Since Russia is using all elements of national power against the adversary, we need to adopt a total defence approach where non-governmental sector, private sector and state work together to counteract the immense pressure coming at us.

Georgia has a very strong civil society, which in some cases is even leading the process. The private sector, however, still does not really understand the importance of joint action. More secure environment enhancing trade, capacities against cyber-attacks are to name a few arguments of how the private sector will benefit from participating in defence as they may be a target as well.

We need to stop thinking about NATO in terms of black and white, joining or not joining. The integration process itself is bringing huge benefits to the countries in terms of legislation and standards harmonization.

Pavel Rozhko, Lieutenant Colonel of the Armed Forces of Ukraine at the Lviv Security Forum 2018:

I would like to draw attention to the need to build an effective mobile army model. Mobility in the army depends on all systems, especially on the system of management.

Therefore, the reformation of the Armed Forces should not begin from the bottom or from the top but should go in parallel – reform of the army management system, reform of the units, and also prepare the units and the system of combat training.

The current situation in the East of Ukraine is very delayed. We have to draw conclusions. There must be some kind of political decision, and, I think, the Armed Forces are ready to fulfil the task.

A reform of armed forces in Ukraine cannot exist in a vacuum. It has to be a reaction to the Russian war strategy. Russian goal is not to allow any neighbouring country, Ukraine especially, to be economically stable and successful.

– Hybrid war is a blitzkrieg of the future.

Russian armed forces have established a new term of “integrated forces” which provide for integration of conventional and hybrid forced. Our analysis has shown that Ukraine is a testing ground of this new concept. Ukrainian armed forces are the only army in Europe fighting these new integrated forces. Europe has a lot to learn from you since you have proven general Gerasimov wrong.

When talking about Ukraine joining NATO I have no doubt that this will happen. But you have to look through the experience of Baltic states. They have limited defence forces, but they have other things from which they can draw strength. In Estonia, they have established Defense league where citizens and even foreigners are trained and gathered on a regular basis in order to master their skills. Defence league is a strong component which Ukraine should consider.

And finally, your armed forces have to master English fluently. You cannot join NATO and be an effective member if your military is not able to communicate freely with their counterparts from other countries.

Experience is what we should take into account when developing the Armed Forces of Ukraine. A few related facts and rhetorical questions:

The Crimea was occupied from the sea. How it influenced national security priorities?

Ukraine lost over 60% of the exclusive maritime economic zone. What another state in the world has lately lost as much and in the “peaceful times”?

Ineffective state policy regarding the integration of the peninsula in the all-national culture and spiritual space was the main reasons for the losses in Crimea. How is it taken account in the current activities of the state?